How to Not O.D. on Spending 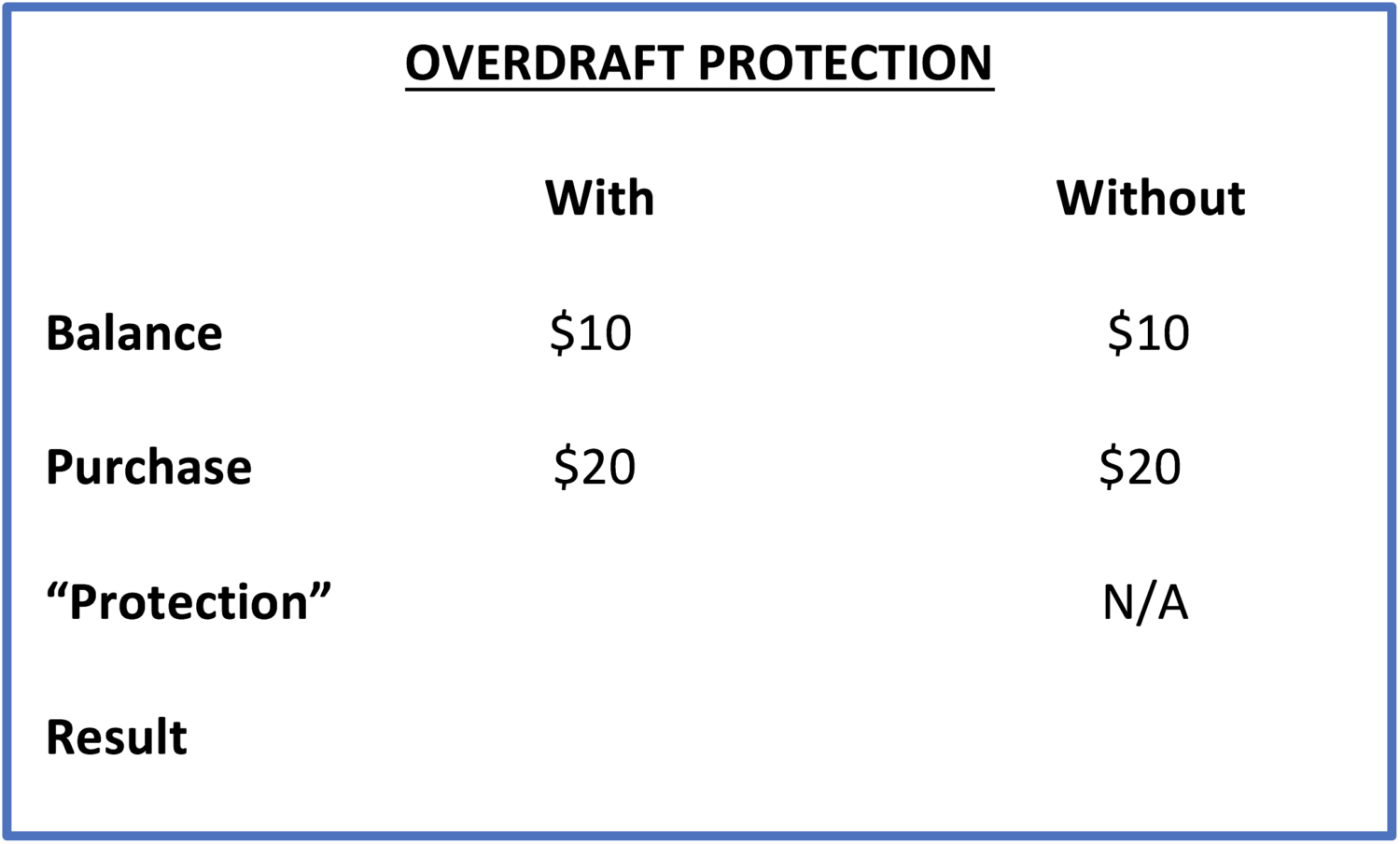 So, here we have a current balance in our bank account of $10 and in this example we are going to make a purchase of $20 or more. Obviously, that is more than is available in the account. With overdraft protection (pictured below), when you spend over the amount, the bank is going to extend you a line of credit that will cover your butt as you spend more money than you have. Now, while most banks provide those credits in increments, you still only have $10. So, you just went into debt with the bank because they were so nice in extending you a line of credit to cover your overspending. That is what overdraft “protection” is. The result is debt with the added perk of a $35 overdraft fee.  So, don’t O.D. on spending! 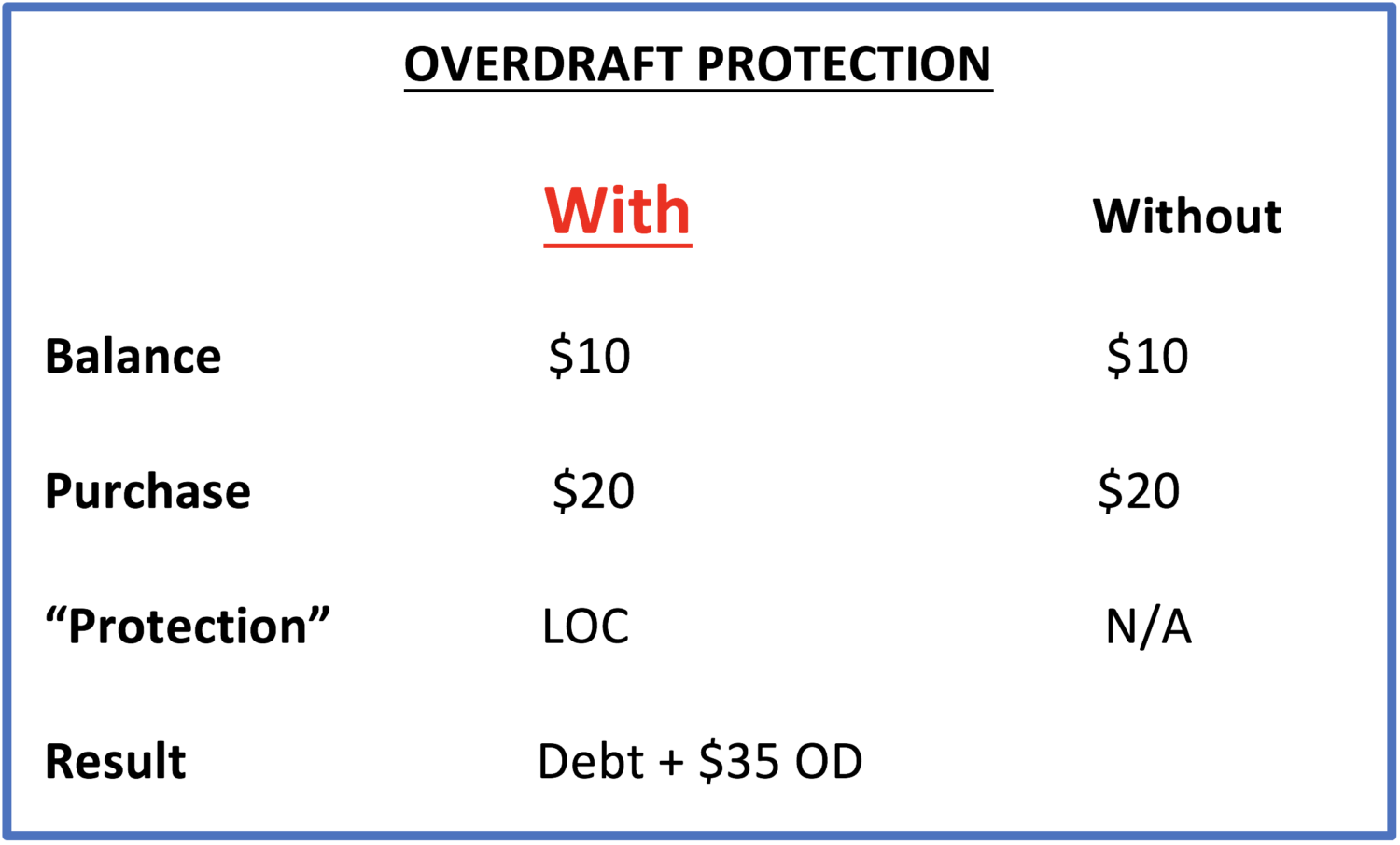 In 2015, Banks generated $33 BILLION in revenue from overdraft fees alone!

Banks are profiting by our lack of responsibility and lack of paying attention to our money. Now, let’s look at the scenario without overdraft protection (pictured below). If we only have $10 in our bank account, we are still going to get charged the overdraft fee but we will also be stopped in our tracks when trying to make that purchase. The transaction, simply, won’t go through. It will kick back and wake you up to the fact that something is wrong. 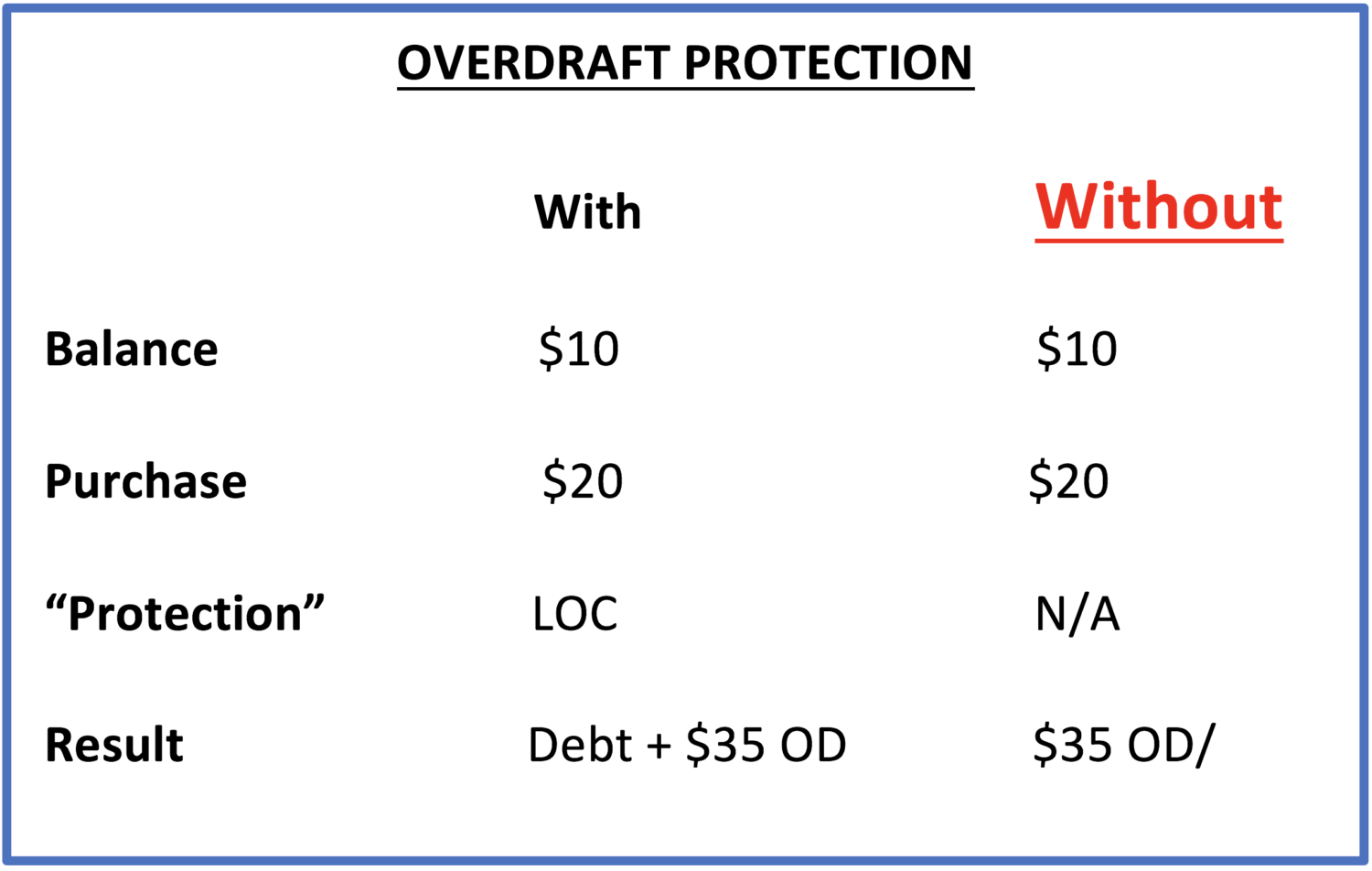 If you’ve been overdrafting, even once a month, you need to turn off “protection” and wake up to what’s happening!

With overdraft protection, you aren’t aware something is wrong because that line of credit keeps going while you keep overspending, overspending, overspending. However, you also incur an overdraft fee each time you overspend. I have had a client who kept spending for three months, completely unaware, to the tune of $7,000 of owed to the bank. I have had clients who I had to walk through line-by-line, identifying where they had overspent and then kept spending into the red. Now you can see why banks are able to generate those billions of dollars in fees! Without the protection, you have spent your $10, tried to spend $20, and earned an overdraft fee. Every time you try and pass that $10 boundary, you earn a fee. However, at least you are alerted to it by the transaction not going through. I had one client averaging $210 in overdraft fees per month!  That’s ridiculous! Every purchase you make over what you have incurs an overdraft fee, whether you have the “protection” or not. But, by not having the protection, you are keeping yourself aware of your overspending by the inability to complete that transaction rather than being unaware and continually spending the banks line of credit and racking up debt and fees. So, how do we fix this? We get rid of overdraft protection! It is not “protecting” you. All overdraft “protection” does is protect you from your own awareness of what is going on with your money. That is not in your best interest, but it’s in the banks best interest because they are making big money off of your lack of awareness. Cancel the overdraft protection and work with a coach like me who will help you control your spending issues and get you the awareness you need to keep your wallet heavy and your heart light. Book a free consultation here to get started.

Question: How long have you had overdraft protection on your account and what do you think it has been costing you?  Share in the comments below! 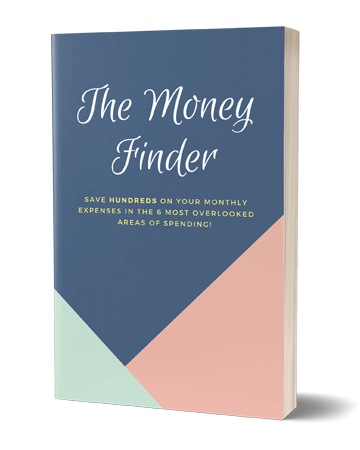